Teams with Gender Parity Achieve Better Results Across the Board: Sodexo

Sodexo, world leader in Quality of Life Services, today reported its revenues for the first quarter of Fiscal 2018, which ended on November 30, 2017.

Brussels, October 15 2015 - With a value chain wide approach, from the field to the plate, Ardo, McCain, PepsiCo, SCA, Sodexo, Unilever Food Solutions and WWF have joined forces and their expertise to fight against food waste in the food services sector starting in Europe. The ultimate objective of the founding members of the International Food Waste Coalition (IFWC) is to inspire other companies and...

For the second year in a row, Sodexo, world leader in Quality of Life services, tops the list of publicly quoted companies for gender balance within its leadership team. The list is published by the Ministry of Women's Rights and concerns gender balance both in the group’s top management and its operational teams.

Sodexo, world leader in Quality of Life Services, is once again the top rated company in its sector on the Dow Jones Sustainability Index (DJSI) giving the Group 11 consecutive years of recognition in sustainability, and the number one consumer services company for the second year in a row.

Sodexo announces consolidated revenues of over 15 billion euro for the first nine months of Fiscal 2015, an increase of nearly 10%

Sodexo, the world leader in Quality of Life Services, today reported its revenues for the first nine months of Fiscal 2015, which ended on May 31, 2015.

Sodexo Thailand and Amata Facility Services Co., Ltd. have entered into a Shareholder Agreement to establish Sodexo Amata Services Limited, a joint-venture company to provide one-stop integrated facilities management services to improve the quality of life and well-being of all people working at Amata Nakorn Industrial Estate and Amata City Industrial Estate as well as improving process efficiency and infrastructure reliability and quality.

FM has a significant impact on improving quality of life in the workplace, according to new research from Sodexo and the Royal Institute of Chartered Surveyors (RICS) published on World FM Day. 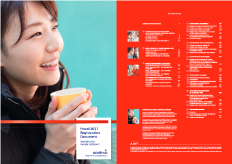